You are here: Home / Blog / Temples in Bagan

Bagan, Capital of the first Myanmar Empire, is one of the main tourist destinations in Myanmar and one of the richest archaeological sites in South-East Asia with over two thousands of ancient temples in the region. The old Bagan is situated on the eastern bank of the Ayeyarwaddy River. The Magic of Bagan has inspired visitors to Myanmar for nearly 1000 years.

Ananda is situated to the south-east of Tharaba Gate of the city wall, one of the finest and most venerated temple in Bagan, built by Kind Kyansitthat in 1091 A.D. There are four huge Buddha images in the standing position, 10 meters high inside of the temple and eighty reliefs depicting the life of the Buddha from his birth to his Enlightenment.

The Shwezigon Pagoda – for its sacredness, is a solid, cylindrical structure resting on three squares terraces, a prototype of Myanmar’s style stupas. It was built by King Anawrahta and completed by King Kyansitha in 1087 A.D. It was believed that the pagoda enshrines the frontal bone and a tooth of the Buddha and is thus held in great veneration by the Buddhists in Myanmar. 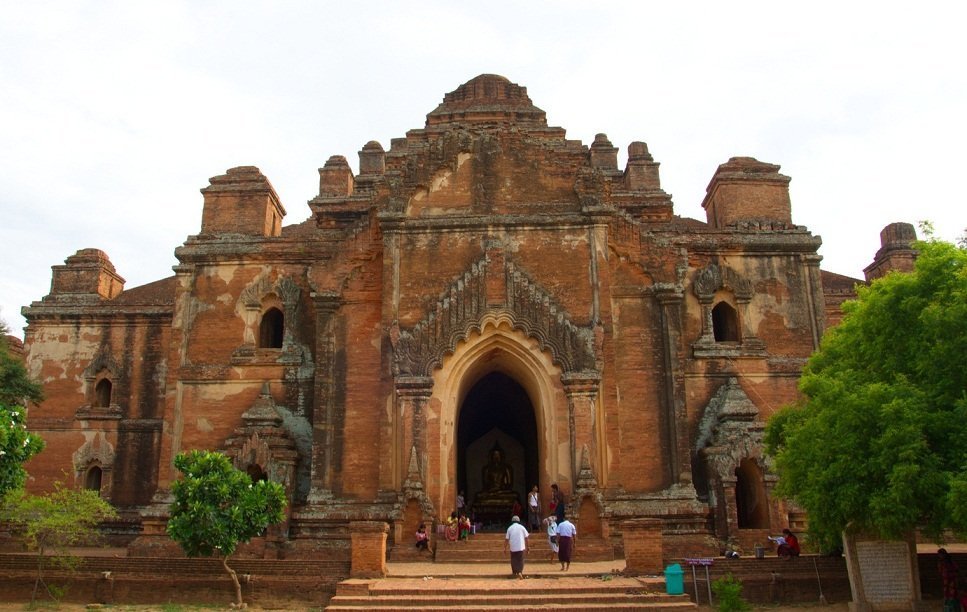 Bagan’s most massive temple, Dhammayangyi Temple, was built by King Narathu in 1170 A.D. Although the temple construction has not been completed, it displayed the fines brick-work. 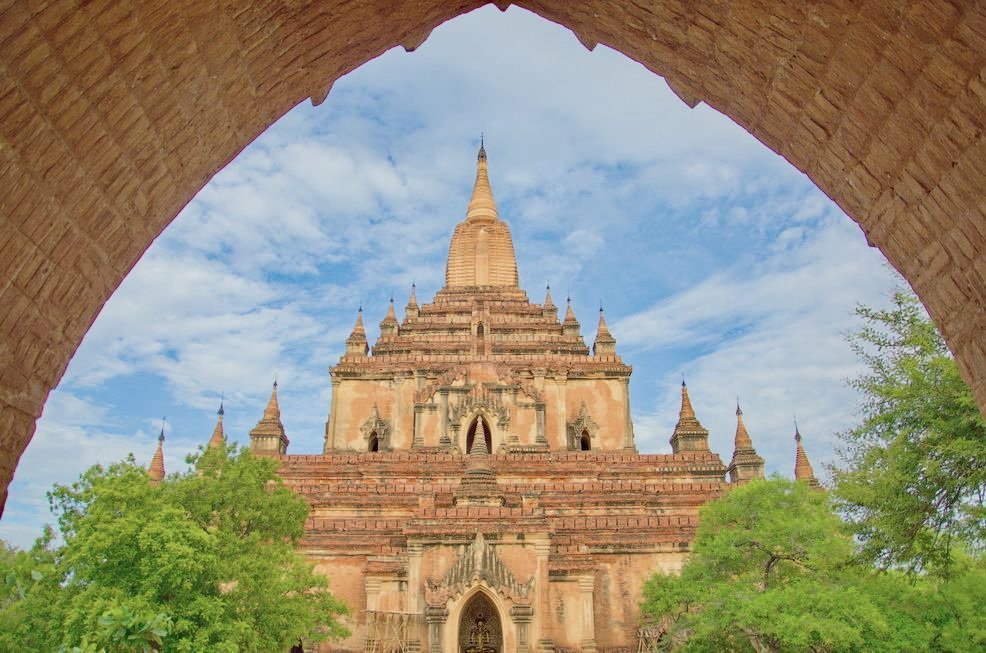 It is situated about one mile of the southeast of Bagan, beyond the Dhamayangyi temple. One inscribed stone was erected in the north porch mentioning that King Narapatisithu built it in 1183 A.D. 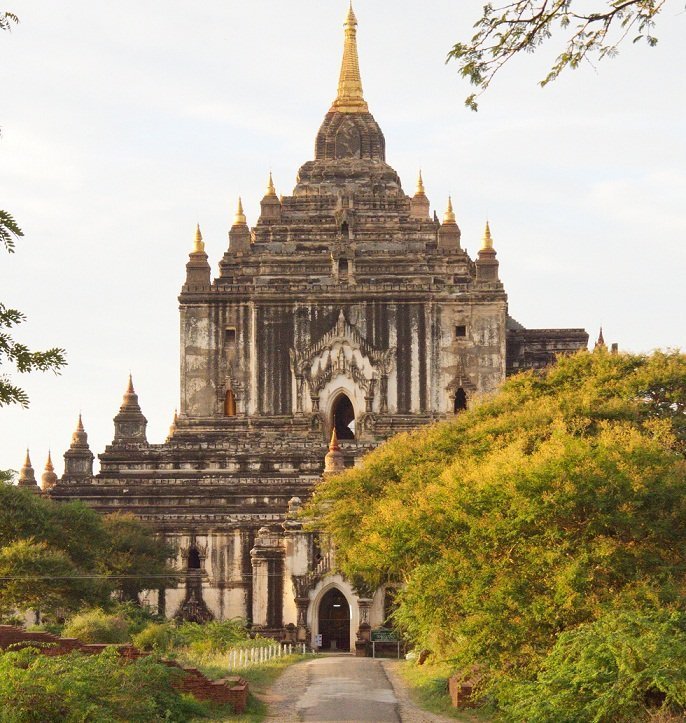 It is situated in the southeast corner of the city wall. This great temple was built in 1144 A.D by King Alaung Sithu, the grandson of King Kyansittha. This is the highest temple of all monuments of Bagan and rises to a height of 61m above the ground level.

There are other famous temples such as Lawkananda Pagoda, Htilominlo Pagoda, and Myinkaba Gubyauk-Gyi Temple.

The Archaeological Museum was inaugurated in 1904 near Gawdawpalin Temple in Old Bagan. It was reconstructed in 1995 and reopened in 1997.

On the Museum ground floor, you can see the display room for objects of visual arts of the Bagan period such as terracotta, stucco works, wood carvings, stone sculptures, metal works, and lacquer works.

On the second floor, we find the exhibition of Buddha statues and a variety of images, postures, and styles providing some knowledge of Buddhist iconography.